The material remains present at Fort Conger reflect the importance placed on early scientific endeavours. These include the remnants of former observatories, pendulum pedestals, and other cultural features associated with practicing science. These activities were all part of the First International Polar Year (1882-83)

The subsequent International Polar Year IPY of 1932-33 marked the 50th anniversary of the first, and was organized around studying the implications of the newly discovered Jet Stream. The invention of the airplane, and motorized land and sea transport, made the expeditions of this IPY far more ambitious, but still as dangerous. Forty permanent observatory stations were established in the Arctic during this IPY, many of which are still functioning today. The most recent IPY of 2007-8 continues the tradition of international collaboration in Polar Research.

Learn About The Expeditions 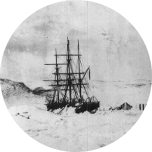 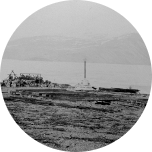 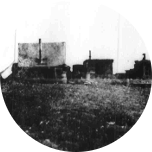