The most recent International Polar Year (IPY) (2007-08) was the first initiative of its kind in 50 years. Focused on both arctic and antarctic regions, it was the largest international program of circumpolar research ever conducted.

There have been three previous International Polar Years over the past 125 years, in which scientists from different nations have collaborated on research centered on climate and geographical exploration.

Each IPY has applied Western science to the study of the earth’s polar regions. As well as setting the stage for other international scientific collaborations, this has resulted in many important scientific breakthroughs. For example, IPY led to the discovery of the jet stream and the study of its climatic and meteorological implications.

IPY even launched the space race!

By emphasizing collaboration, circumpolar nations temporarily set aside their concerns over acquiring new territory in polar regions to engage in scientific research that would benefit everyone.

The Need For International Collaboration in Polar Research 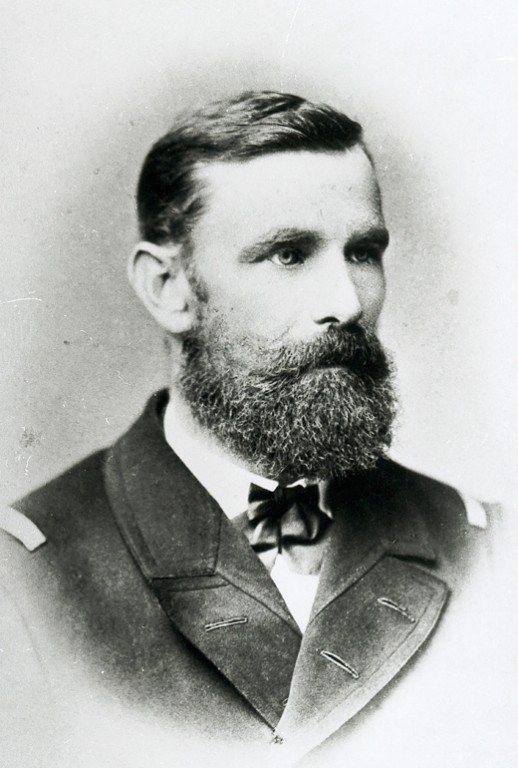 Up until the mid-19th century, there were two main approaches to doing science in the north. The first approach was one in which nations worked independently and in the national interest. This was the approach favoured by the British Admiralty during the Franklin Era. By the 1870s, the competitive aspect of polar exploration was beginning to show signs of weakening.

The Arctic and Global Climate

Ever since the first IPY in 1882-83, there has been recognition that the earth's polar regions might hold the key to understanding global climate. There were also definite economic benefits to arctic sciences involving hydrology, oceanography, meteorology, and navigation.

Who Thought Up the First International Polar Year?

An Austrian explorer and naval officer, Lt. Karl Weyprecht, a scientist and co-commander of the Austro-Hungarian Polar Expedition (1872-74), first entertained the idea of an International Polar Year.

Weyprecht recognized that a single country could not undertake large-scale polar scientific research. Instead, it would have to be done through international cooperation.

Weyprecht’s idea quickly generated interest. In 1879, the International Polar Commission was established. It included the nations of Denmark, Norway, Russia, Finland, Sweden, Germany, Austria-Hungary, the Netherlands, France, the United States, and Britain, with the assistance of the New Dominion of Canada.

While a great deal of research in natural history was completed, the major scientific work of these coordinated expeditions was to be directed to meteorology, aurora, and earth’s magnetism, since these were where some of the greatest gaps in polar science existed.

These areas of science also promised to increase the accuracy of weather forecasting and improve navigation, developments which were of great potential economic benefit.

It seems fitting that the first IPY would be held in 1882-83 to coincide with a transit of Venus across the face of the sun, on December 6 of IPY’s first year.

IPY research stations adopted standard time to synchronize their scientific observations. As only one station in Norway had access to a telegraph, all other time-keeping was based on regular, precise astronomical observations. The locations selected for the IPY bases were often chosen where earlier expeditions had already collected some baseline data. This was the case for Fort Conger, where Lady Franklin Bay had been the site of an earlier expedition by George Nares in 1875. 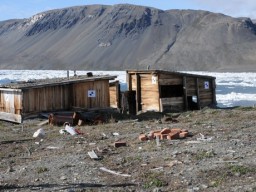 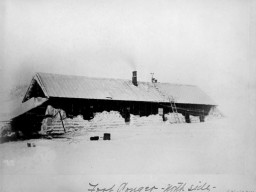 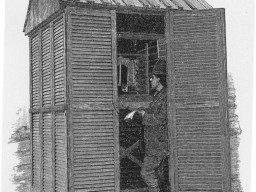 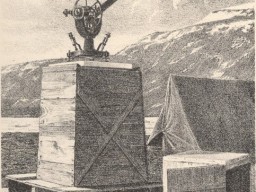 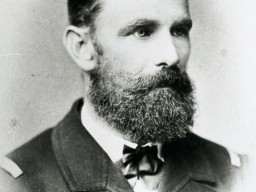 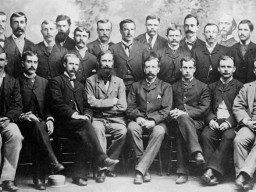